Mingong is a creative blog project which calls for a new social contract to weather the changes brought upon by the accelerating cybernation of our capitalist societies. It looks deeply into how we need to transform work and education to make things work for us and future generations.

Why migrant worker (or mingong in Chinese)? It was in the year when I made up my mind to start this blog on the future of work and education (or the human potential) when I was recommended to read Theilhard de Chardin's work. The French Jesuit and paleontologist was a scientific mystic who was both shunned by the catholic church and still is by the scientific community as my email conversation with Prof. David Christian, the founder of the big history project confirms.

It was Theilhard who wrote that this planet is inhabited by two kinds of people: those who accept the status quo and those who strive to transform it into something better. We could call the first bourgeoisie (whether they actually are in terms of social status is irrelevant), because their focus is on enjoyment and conservation of their status; and we could call the latter migrant workers, because their focus is on improvement of the general state of affairs. Like Chinese migrant workers they are almost never in a snug physical comfort zone, but are in exchange freed from what Sigmund Freud called civilization and its discontent, i.e. neurosis. 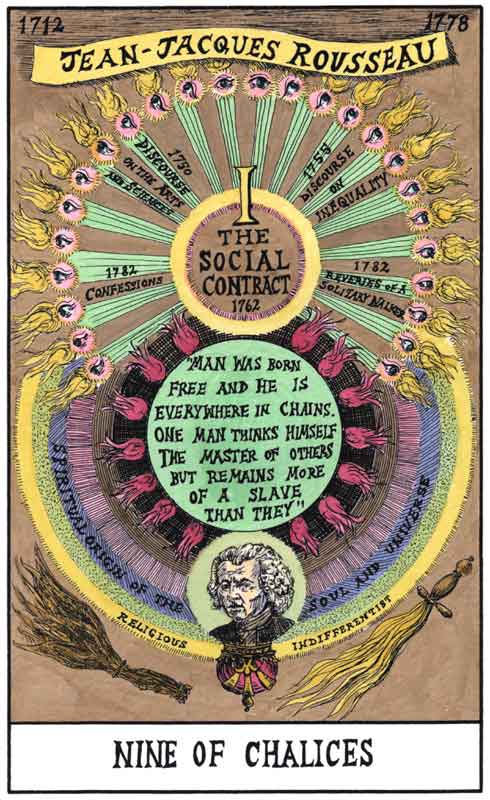 Lines of action include:

- blog: selection of essays and comments on current issues at the intersection of labor markets, economics, technology and environment;

- Genuine Growth: a book and learning project which discusses how economies can grow and be sustainable #self desgin #survival design

- 4M: a selection of movies, documentaries and talks to educate about man's evolution from monkey to machine, i.e. the impact of technology on society.

- Family Films: bi-weekly film screenings about education, learning and parenting. Designed for parents who watch and discuss with other parents while their children are next door playing under qualified supervision

- Podcast: profession and vocation in the era of AI: interviews with old China hands about the future of work and how China shaped their personality - currently discontinued.

Download File
Mingong is Chinese for migrant worker and denotes the pariah class of Chinese society. It’s the sort of people who assemble our iPhones in Foxconn plants; who do the jobs nobody else wants to do; who travel only once a year for Spring Festival back home to their families; whose children live with their grand parents far off; who are without strong relationships in society, without anybody pulling strings to make life easier and more enjoyable; its them who pay most taxes but can’t afford real estate; it’s them who don’t enjoy public schooling for their offspring or health insurance for themselves; it’s them who are most directly exposed to the crushing breakers of a Darwinistic labor market.

Mingong are to be found not only in China, but everywhere; they migrate like birds between their breeding grounds and more favorable economic climate. In China, migration occurs from the Western provinces to the coastal cities in the East and South of the country. Journalists report around Spring Festival about the largest annual migration in mankind’s history: 春运 | chunyun, the travel season around Chinese New Year, is estimated to encompass 2.9 billion journeys in 2016. A logistic transportation miracle, which sometimes turns into tragedy. More than 100.000 travellers had to wait for hours outside of Guangzhou trainstation on Februay 2, because trains were delayed due to rare snow fall in Guangdong and Fujian Province. The term chunyun was first used in the 80ies by China Daily and has his since like mingong turned into a keyword for both China’s economic upswing as well as the social disparities. Canadian-Chinese director Fan Lixin created a cineastic monument for the Chinese mingong in the 2009 documentary Last Train Home. Similar human migration occurs from Eastern Europe to Western Europe, from Northern Africa to Europe and from Central and Southern America to the North.

When I identify myself as mingong to Chinese fellows, I usually harvest a sarcastic smile and I can read passing thoughts like “What does that laowai with his petty expat life know of the hardships which a genuine mingong must endure?” Well, maybe I am a high end mingong, because I have access to material safety, but psychologically and sociologically there is not much that keeps a Chinese mingong and me apart. We both have weak networks in our native society, which forced us to look for outside opportunities. We found a place with opportunities and stayed there, but still return once in a while to our originating societies. We are both neiter accepted nor integrated to our new biotopes. I realized this pariah status last Christmas once again, when queuing up with hundreds of foreigners burdened with suitcases full of presents to get out of China and then again overloaded with presents to get back in. Being a mingong is both a plight and a bliss, because it brings along a constant disruption of my comfort zone as well as increased social mobility and the possibility of experiencing from the mainstream different perspectives.

Mingong is for me also a metaphor for man and his conscious choice to embark on a life long quest to become a better human being and to grow – in the words of Abraham Maslow – to his fullest potential. Whether he is exposed to the rough forces of capitalism or protected by social welfare, bourgeois family background or lofty university degrees, he either accepts and embraces change as the only constant and occasionally moves out of his comfort zone, or he rejects and suffers from ignoring life’s most basic principle. If not now, then probably when he looks back at his choices, which he made in favor of growth or stagnation; in favor of community or isolation.

My writing is based on the deep conviction that an increasingly competitive world, not only between companies or nations, but in particular between man and machine, requires man to tap into his fullest potential. I go even one step further: I believe that organizational and personal development in both the educational as well as in the work context will more and more gravitate to the very center of human evolution. Those who manage to use their resources for the sake of creation's progress will thrive, those who fail to do so will be made obsolete and removed by the tides of cybernation. 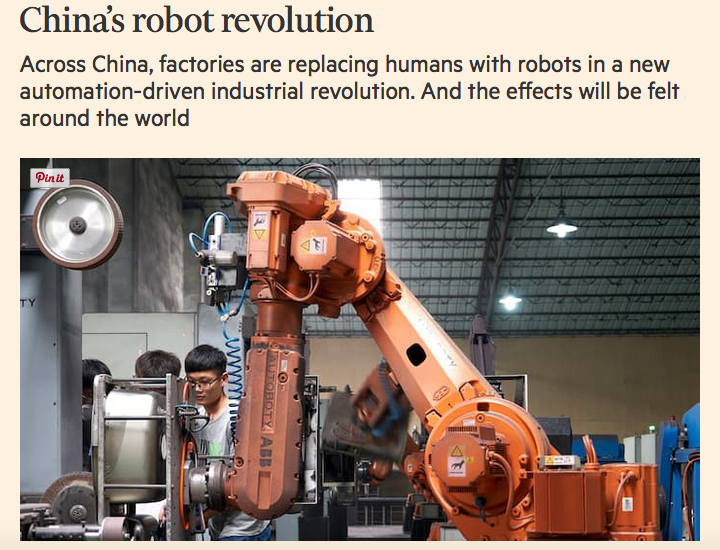 I was only recently told by the secretary general of the Guangdong Robotics Association that the CCP has prohibited to use the term 机器换人 | robot exchanges man; a term which only came into existence a few years ago. It seems that some neologisms are considered by the ruling elite to cause social unrest. The technological compass does nevertheless not only in China point into one direction only: the increasing substitution of man with robots. Declining fertility rates and the aging of societies in industrialized nations will contribute to manage the changes on the labor market. But for those who stay in the game and need a job to survive the question will be ever more pressing: how can I maintain my competitiveness against machines? Those who don’t ask this question are either lucky or naive and will thus slide into unemployment and misery. Not only in China, but everywhere.